It is wonderful to have you here.

I will use this website to keep you informed of my work as Federal President. Regularly and transparently, you will find information on my political agenda, my schedule and my meetings with you.

Respectful coexistence is particularly close to my heart. So is our common future and that of our children and grandchildren, and our well-being – everyone’s well-being. Whether you have been in this country for a while, newly arrived or moved out of the country to seek happiness somewhere else – together, we are Austria.

A good old Austrian saying goes: “Durchs Reden kommen die Leut’ z’samm” (“talking brings people together”). It would be a pleasure for me and my team to receive your personal requests or hear about your concerns at: alexander.vanderbellen(at)hofburg.at

Cohesion and Our Homeland

Europe – Together We Simply Are Stronger

The Hofburg in Numbers

3. Rights and Responsibilities of the Federal President

Austria is our homeland, where everyone has the right to live in peace and dignity. This is an integral dimension of human rights, and I truly believe in them.

Homeland means cohesion, not division. Love, not hate. It means to act confidently, not out of fear. Our common homeland is Austria. And it is our duty to make sure that it continues to thrive!

Our homeland, our country blossoms when cohesion is ensured. Hundreds of thousands of volunteers are selflessly working for the community as paramedics, firefighters, emergency responders, facilitators of integration and inclusion, or assisting their neighbours. Our common celebrations, be it village or city fairs, are not just popular meeting points, they often also support a good cause. I believe in cooperation between all the people of our country.

This cohesion is extremely valuable, especially in uncertain times. We must remain able to open up and listen to each other, to respect different opinions and focus on what unites us rather than what divides us. Austria has a wealth of strength, talent and potential. Let us put it to good use!

A homeland is something you can have. Your homeland can be taken away from you. And you can find a new homeland.

Cohesion and unity – both external and internal – are important for a strong Austria, anchored in our European family. We cannot ignore the major developments of our time. We want to stay a strong member of Europe and together, keep a solid standing worldwide. This is the only way for us to master the challenges ahead of us. Let us embrace them and tackle them with decency, reason and with our hearts, and together, we will succeed.

The climate crisis is the greatest challenge humanity has to face. Our generation is the first one to feel the dire consequences of global heating, and probably the last one who has a chance to take effective measures and steer clear of a disaster.

The climate crisis is an obstacle to global economic development, a threat to agriculture, tourism, water and energy supply, and therefore, to peace, security, social cohesion and prosperity for all. Let us make the right decisions now. Our action – or lack thereof – today will determine our quality of life and our survival, but especially that of our children and grandchildren.

A united Europe is the best idea we ever had. It is this grand idea of peace, which arose from our determination to avoid repeating the deadly mistakes of the past. It is this grand idea of togetherness, bringing the capacities of our individual nations together as one force, which the major global powers, too, have no choice but to take seriously.

The simple truth is that in Europe, we are stronger together than alone. All major challenges, be it the climate crisis, energy policy, unemployment, poverty, war, displacement, flight and migration, violence, terrorism or digital transformation, can only be met together. If we do not act together, our policies cannot be truly global.

Austria is all of us.

Many people associate Austria’s Federal Presidency with the seat of its political power: the Hofburg, the Vienna Imperial Palace.

The Wiener Hofburg is the largest palace complex in Europe, extending from the Albertina Museum to the Leopoldine Wing, and from the Neue Burg wing to the MuseumsQuartier. It is a telling symbol of our country’s long and winding history, and home to the Office of the Federal President of the Republic of Austria. Its offices are located in the Leopoldine Wing, which, in historical and political terms, is the most significant part of the palace complex.

Did you know that...
Click on the numbers to discover interesting facts about the Hofburg.

This wing was commissioned by Emperor Leopold I and built from 1660 to 1667. It burned down immediately after being completed and was not restored until 1683. His granddaughter Maria Theresa chose the wing as her residence and the seat of her government. Her son Joseph II followed suit. Nowadays, the facade is the only part left from Leopold I’s era – the interior was decorated in a Rococo style under Empress Maria Theresa, but only the first floor, also known as “bel étage”, now home to the offices and state rooms used by the Federal President for official functions.

Under Maria Theresa and her husband Francis I Stephen of Lorraine, the children’s bedrooms were located on the second floor of the Leopoldine Wing. Time and again, their successors adapted the rooms in the then-contemporary style, making them a fascinating reflection of Austria’s art and cultural history. Today, some of these rooms are also used for official functions and other events. The offices of the Federal President’s staff are situated across all three floors of the Leopoldine Wing.

In December of 1945, the first Federal President of the Second Republic, Karl Renner, was elected by the Federal Assembly. It then took until October of 1946 for him and his staff to be able to move into a functional office as the Leopoldine Wing had to undergo some necessary adaptations. Since then, the triangle of power, as prescribed by the Constitution, is also easy to locate: the Federal President at the Hofburg, the seat of the Federal Government at the Federal Chancellery on the other side of Ballhausplatz, and the Parliament across the Ringstrasse. 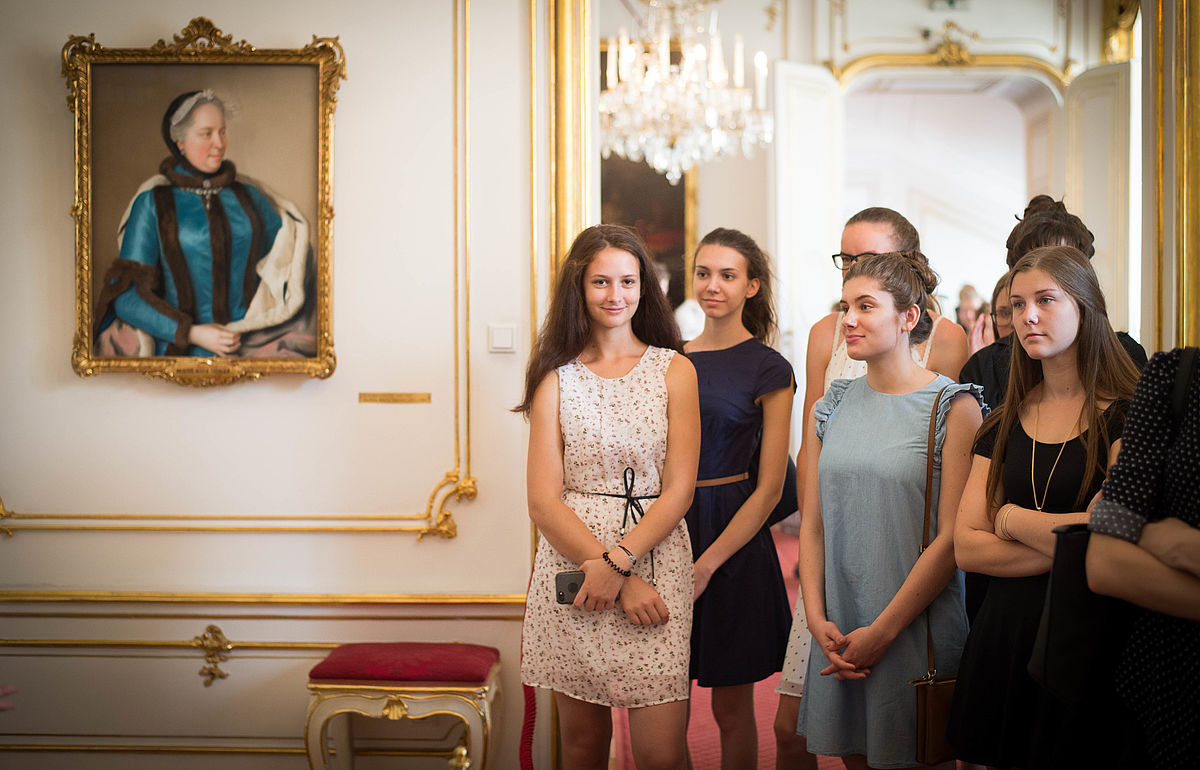 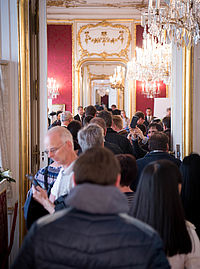 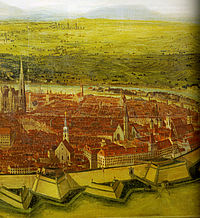 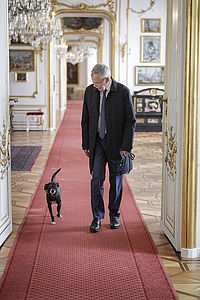 The Federal President is at the service of all Austrian citizens. He is the only state representative on the federal level to be elected directly by the citizens. This places the President in a strong position within the constitutional framework, as he is backed by a majority of the electorate. As the Head of State of the Republic, the Federal President has extensive, clearly defined powers:

Please feel free to contact the Federal President or his Office with any questions, suggestions or concerns.

The Federal President on Social Media:

How to Reach the Office of the Federal President: