»We jointly called for more action, for tougher action, for joint measures to combat climate change.«

Dear students of the Diplomatic Academy!

First of all, let me thank you for inviting me today. It is always a pleasure to be at the Diplomatic Academy.

And particularly when discussing a subject of such critical importance.

Joint Solutions to the Climate Crisis

Joint Solutions to the Climate Crisis is the title of the Diplomatic Academy’s students’ conference today. And indeed, co-action, joint action and decided multilateralism is exactly what it will take if we want to tackle the climate crisis in earnest.

In the past two years, I have participated in several international  UN Climate conferences. I have hosted the Austrian World Summit in May last year in Vienna together with Governor Schwarzenegger.

All of these conferences had one thing in common:

We jointly called for more action, for tougher action, for joint measures to combat climate change.

These conferences are a platform for different opinions, different positions, to meet. And where a common ground is found on which we can lay the foundations for concrete actions to take place. This is what we call multilateralism.

And that, in this day and time, is more important than ever.

For the situation we and our Planet find ourselves in is serious:

We are facing a gravely serious climate crisis. We are the first generation to experience such a crisis at first hand and the last generation that can do something about it.

The facts are striking:

January was the warmest January in Europe in over hundred-and-forty years.

In February, temperatures in the Antarctic reached a record 20.75 degrees Celsius.

The Antarctic today is heating up at an unknown scale: at an average temperature of three degrees over the past fifty years.

Yet, while the situation might look bleak, not all is grim. Our planet is in crisis but that crisis is not irreversible. There is reason for hope and there is one particular reason that instils hope in me:

the young generation, taking a leading role where other leaders failed. Where we have failed you.

You, young future leaders of tomorrow, are showing courage and determination in highlighting the most pressing problem of your time.

You are demanding change. You are fighting a fight that should have been ours, trying to fix what we have broken. That determination and courage is an inspiration to me. And to many others.

UN Secretary General Antonio Guterres is on our side. He has proclaimed this decade the UN Decade of Action. There is so much at stake during this decade – the time for action has come.

Let’s spur right into it!

Thanks for giving me the opportunity to speak to you today. 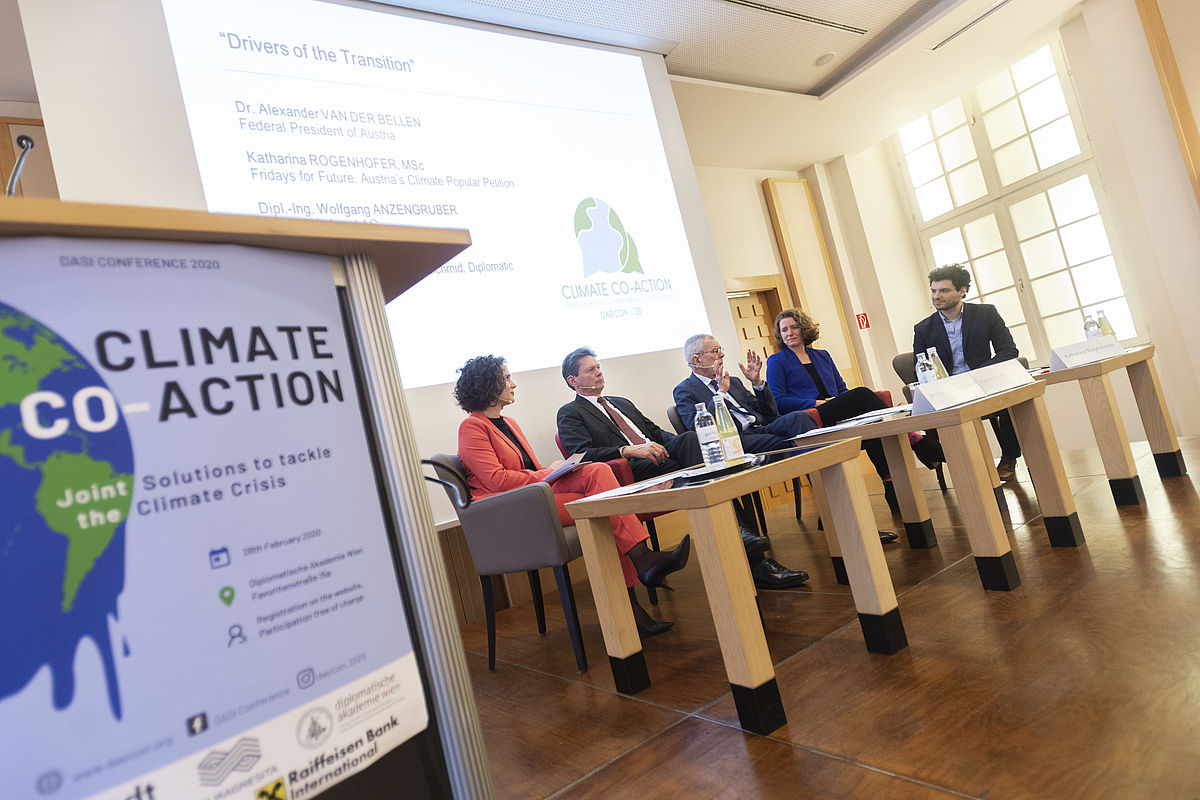 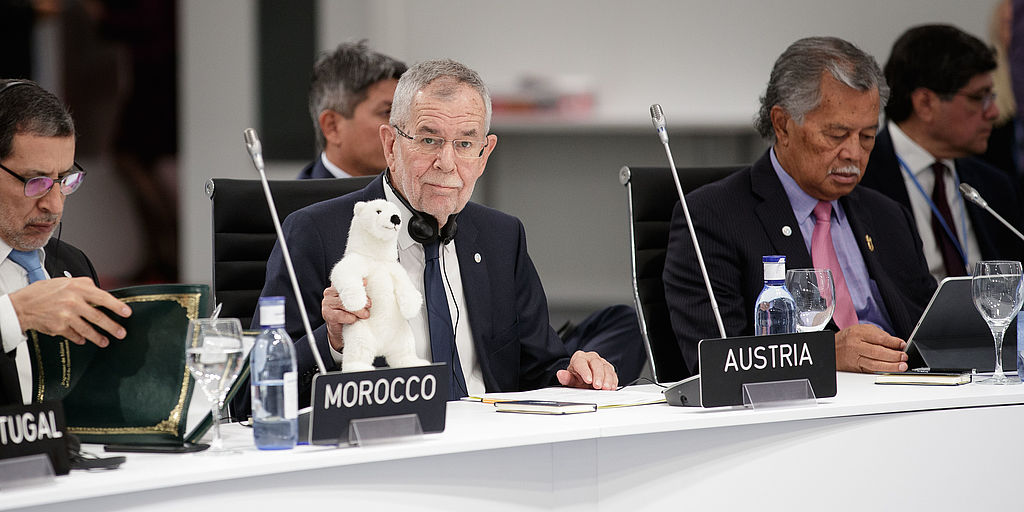 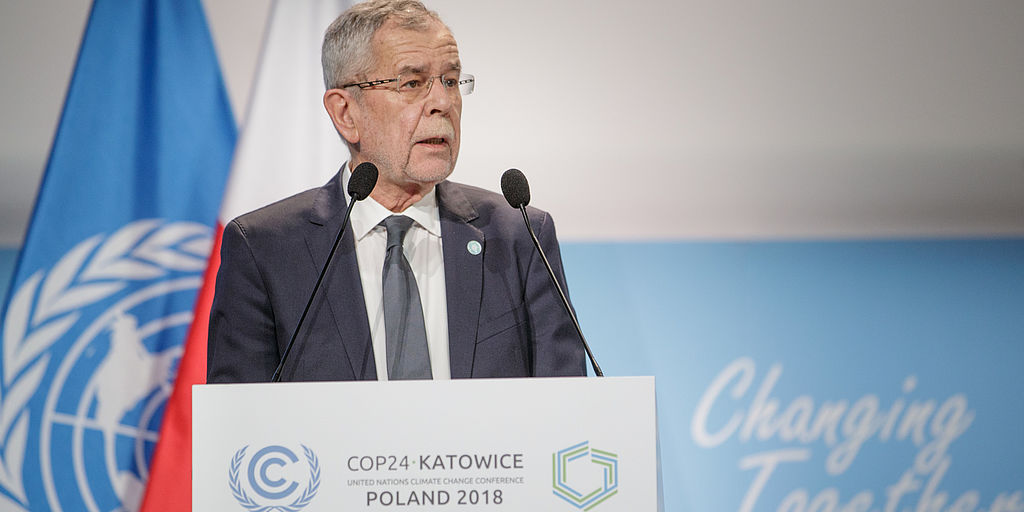 »Climate Change is the Key Challenge of our Time« 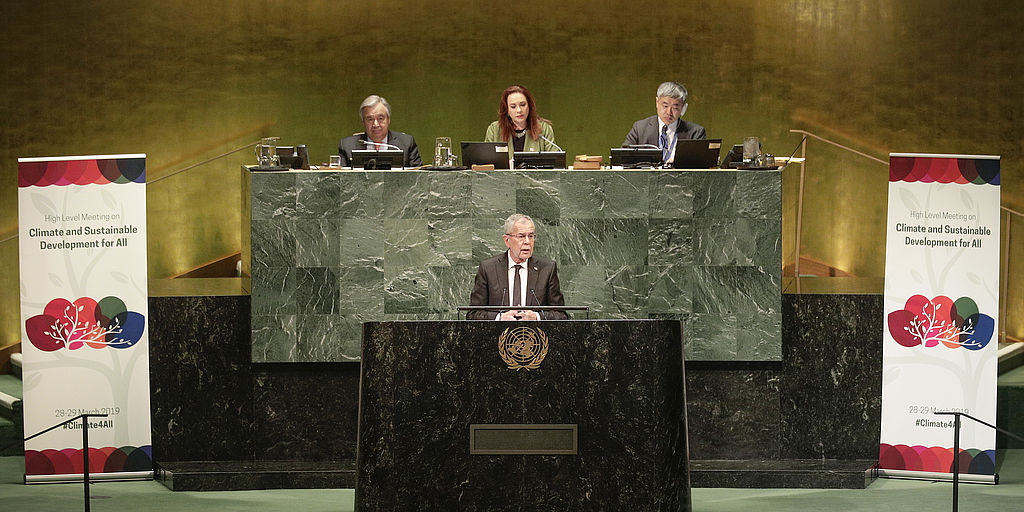 »They are trying to fix what we broke« 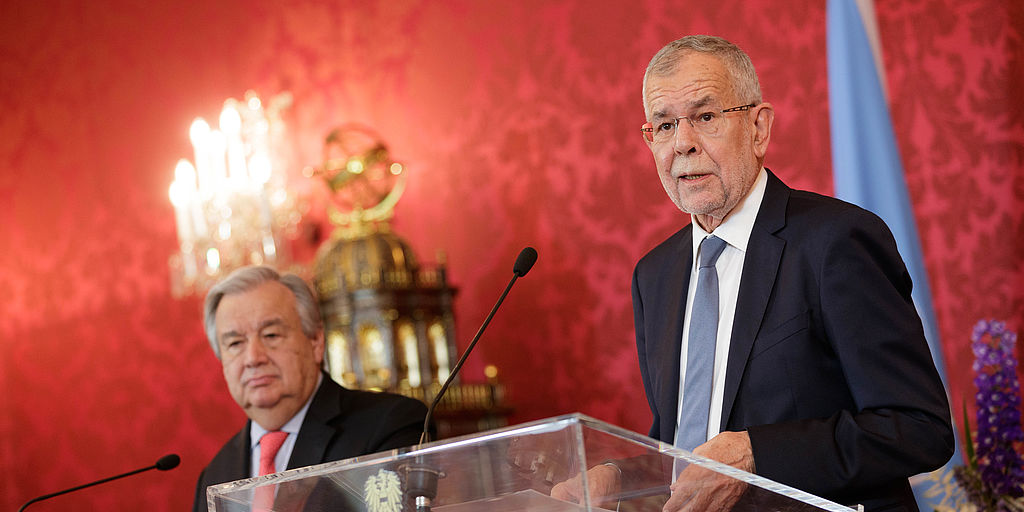